When I grew up in the Bronx, my favorite comedian was Rodney Dangerfield. He was a fellow New Yorker who I could relate to when he would say that he gets no respect at all. I also loved how he showed how happy he was when he went on stage. “What a crowd! What a crowd!” He then would tell the audience “I am okay now. But, last week, I tell you. I was in bad shape.”

I imagine that he got the idea of his “No Respect” routine after many people in his inner circle would criticize young Rodney and they would always start the critical comment by saying “In all due respect.”

I picture in my mind that Rodney Dangerfield was one of those “door to door” vacuum cleaner salesman I would see on a sitcom. One of the very funny bits is when the salesman comes in and tells the poor woman trying to clean up the house that he has the solution to all her problems. He then proceeds to invade into the home, and sees a plate of spaghetti with tomato sauce. He spills it onto the rug. He opens up the refrigerator, and sees a can of beer. He pours it on the rug as well. After five more items gets tossed or poured on to the rug, he attempts to clean it up with his miracle vacuum, and nothing happens.

We are then taken to the next scene when the salesman is tossed out, and his miracle machine gets tossed out with him. Finally, to add insult to injury, the salesman gets a taste of his own medicine as tomato sauce gets sprayed all over him.

At some point,the Big Boss calls Rodney into his office. The conversation goes like this:

Big Boss: Rodney, can you come in here?

Big Boss: Rodney. Let me tell you something with all due respect.

Rodney starts for a second to daydream. The Big Boss will tell him something with all due respect! He will finally be getting the respect he deserves and so much craves! Perhaps, he will even get a promotion!

Big Boss: I forgot my train of thought. What was I saying?

Rodney: Respect! You were talking about all my due respect.

Big Boss: Yah, yah. Rodney, with all due respect, nobody really likes you around here. We have no idea of what you are doing. So, we are firing you. Pack up your bags and leave.

Rodney: I can’t believe it. But, what about my due respect?

Big Boss: Okay. You are not very bright either. Now, get out of my sight!

Rodney goes home and tells his wife the bad news. She has a disgusted look on her face, and starts to say “with all due respect.” Rodney thinks for a second that his wife will give him the support he needs. She is not going to kick a man when he is down, Rodney reasons to himself.

Wife: Rodney, with all due respect, I have to say my parents were right. I married a loser! Why don’t you see your son upstairs. He said he needs to ask you something.

Rodney thinks to himself that at least his son needs him. He should be appreciative that, at least, he has that.

Rodney: Son, I am so happy to see you. Your mother said you wanted to ask me something.

Son: My class is having “Bring Your Father to School Day.” You know. It is when the father comes in and tells the class what amazing job he has. I need the $500 to hire Tommy’s dad to come in and pretend he is my father. His dad is the chef of that restaurant that just got great reviews. With all due respect, Dad. You are a loser. It would be embarrassing to have you come in. You understand. Right?

Rodney mutters to himself: “No respect. I get no respect at all.”

And the rest was history.

Of course, there are exceptions to this rule if it is coming from your Jewish mother who will only speak Yiddish when it is solely for the purpose of providing you with constructive criticism. I got some sagely Jewish mother advice with sayings like these:

However, being called a “Paskudnyak” was something special. It was status. It gave me a sense of pride while at the same time I knew that maybe I should try to be a little bit less of a paskudnyak.

This just means “Don’t be the great Moses with torn underwear.”

I always loved this advice because my mother would only tell me this when my underwear happened to be torn. In other words, I was getting a big complement. My mother actually was comparing me to “the Great Moses.”

For those who have never been in a dog house, it is not a very pleasant place. It is dark and stuffy. There are no windows. It is cold in the winter. It is hot in the summer. You have cobwebs and spiders all over. Roaches and rats are crawling around. It is a scary place to be. This why even a dog does not like the dog house, and they end up sleeping with you in your comfy bed.

Because of this problem, it is important for us how to avoid Constructive Criticism CrankaTsuris. The first rule is that the criticism or feedback actually has to be constructive. You have to have some reasonable belief that this criticism or feedback will actually be helpful for the other person. It will also be so helpful that the other person will want to hear it.

The best example of this is the batting coach working with a hitter. The hitter has been popping up because his swing has been too “uppercut”, and this causes all of those pop ups. The coach then talks about the uppercut swing, and helps the hitter to flatten it out a bit. The results are line drive hits into the gaps in the outfield. The hitter then makes the All Star Team.

The second rule is to think about giving the criticism as if you are in a negotiation. I teach people how to negotiate, and the big mistake people make in negotiation is that they are solely focused on getting their best deal. I have to explain to people that you have to assume that the opposing side will not necessarily care about your best deal. In fact, they don’t.

I would love to go to a mediation, which is where I typically end up negotiating, and when I arrive, the opposing and adverse attorney sees me, and right away says:

“Steve! So good to see you! I do not want my client to hear this, but you know how good I made you look last time? This time, I will make you look like an absolute genius.”

The fourth rule is that it has to be presented with all due respect. This means that you have to provide some due respect. If it is done respectfully, it will more likely be heard.

The fifth rule is that if the first four rules do not work, you can just give the constructive criticism that my loving mother gave me.

Of course, if you follow all of these rules, then you too can happily say”

With all due respect, this is the cure for Constructive Criticism CrankaTsuris.

Steven Joseph is an excellent attorney, a remarkable writer of award-winning non-fiction for children and adults. Besides being humorous, his blogs discuss the concept of survival, managing emotions, and embracing the flavours of life. Steven believes life is a lot more fun when you master how to be effectively cranky!
PrevPreviousCrankaTsuris Menopause
NextKvetcher in the Rye CrankaTsurisNext 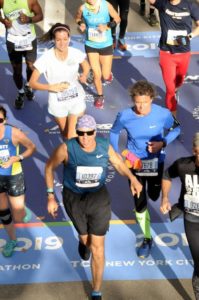 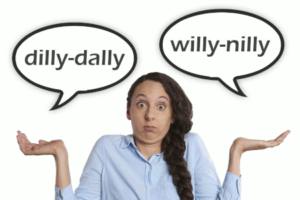 Dilly Dally Willy Nilly CrankaTsuris is one of the more peculiar kinds of CrankaTsuris. This is because there are so many different variations of this 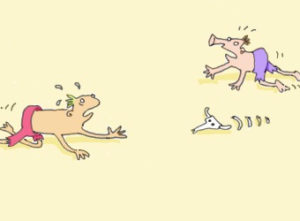 A fun story that should be read over the Passover Seder.