It is no doubt that a good meal and some good drink can be a certain cure to almost any CrankaTsuris. However, an unfortunate side effect of this cure is that when things go wrong at meal time, or the food is just plain bad, the result is an even worse CrankaTsuris. This is what I call “Kvetcher in the Rye” CrankaTsuris.

I use the term “Kvetcher in the Rye” because of the many years of experience I had with my father after my parents moved to Florida in the late 90s, and for the last ten years, when they were in an Assisted Living facility in DelRay Beach. It was supposedly a treat for my father when I went down every month to visit my parents because it was the one time in the month that I took my father for his haircut, and then, we would go to a Jewish Style deli in Boynton Beach called “Flakowitz”.

My father always ordered the exact same thing everytime we were there. It was a corn beef sandwich on rye, and a small glass of Sprite with no ice. I always had to make sure to tell the waiter to make sure the rye bread for my father’s sandwich had no seeds. This was because he had dentures, and it is not fun to get these caraway seeds stuck in your dentures. My father always had one special request when he ordered the corn beef sandwich.

He would tell the waiter:

“I want my corn beef juicy.”

Now, anybody who has a craving once in a while for a juicy hamburger may understand the request. Unfortunately, for my father, after he got the sandwich, I would then ask him how it was, and he always had the same answer.

If you are reading this now, you are thinking to yourself that a glass of corn beef juice with a squirt of mustard is gross and disgusting. You are correct. But, I can tell you what is even more disgusting than that.

Of course, they never brought us the rye bread without the caraway seeds. Apparently, when the waiter hears no seeds, for some reason, he thinks to himself “extra seeds.” Though my father does his best to eat the dry corn beef sandwich with the rye bread with the extra caraway seeds, the seeds end up inside the dentures, and then, half way through lunch, my father then takes his dentures or what I call his “removable teeth”, out of his mouth, and places it on the table, across from where I am sitting. While anybody who would look at my father without teeth, and mustard stains all over his shirt would undoubtedly think that he was adorable, it could not make up for being forced to stare at the removable teeth on a table that is covered with chewed up corn beef, rye bread, caraway seeds and mustard.

After that unfortunate experience, we all came down with a bad case of “Kvetcher in the Rye” CrankaTsuris.

We all get trained at a very early age to enjoy the experience of “Kvetcher in the Rye” CrankaTsuris. As you should know, babies do not have teeth. Because of this, the baby food companies actually try to come up with enticing food concoctions that would give a glass of corn beef juice a run for its money.

You may not believe this, but you should look it up. It is true. One of the first jars of baby food that people were able to buy in the local grocery store was “Liver Soup.” They thought that this was good because not only did it was high in nutrients as well as iron, but it was also “pleasingly bland,” two words that really should never go together in a sentence.

Roommate A: How was that hot date last night?

Roommate B: I hope it went well. She was pleasingly bland!

Roommate A: Do you think she likes you?

Roommate B: She did make a comment that I was bland.

Roommate A: But not pleasingly bland?

Roommate B: She said something about being bland like “liver soup.”

Roommate A: Liver soup? Ucch. That is not a good sign.

Liver Soup Baby Food is no longer available for purchase, and for what reason, I cannot tell you. However, you can still go out and purchase chicken with gravy, turkey with gravy, beef with gravy, or ham with gravy. What I am unable to tell you is exactly where one of these meats ends and the gravy begins.

In order to ensure that our child gets the full training ns induction in our shared experience of the suffering we endure with “Kvetcher in the Rye” CrankaTsuris, it is not enough to just shove the gray or brown slime into our child’s mouth. We have to convince our baby just how delicious this slime really is. We go into “delicious food baby talk.”

“Ooh!! Look what I have! You are in a treat today. Fresh room temperature liver soup! Yummy, yummy, yummy! You are one lucky baby! Open your mouth and let’s see you take a nice spoonful! Isn’t that good? They say that it is pleasingly bland!”

Of course, we fail miserably, and start to scold the poor little baby who is going through this torture.

“You have to swallow! It is not good manners to have the brown slime just start drooling out of your mouth.”

“Honey, can you come over here and help! Baby is not eating. To be honest, I can’t blame baby. It looks pretty gross to me!”

“Did you tell baby that the liver soup is pleasingly bland?”

There are many other food related CrankaTsuris that we all suffer from. For example, many couples suffer from “Return the Food” CrankaTsuris. The young couple go out for dinner, and there is one partner who is never happy with the meal, and summons the waiter to take the food back. This partner makes the case that they are spending good money for a good meal which gives this person an absolute right to insist on having the food go back to the kitchen and have the chef start from scratch. Usually, it is the man because it is the one time during the week that the poor schmuck can feel like a king! The other partner is outraged because he or she has to eat the meal while the other person is waiting for a half an hour till the new order comes through. Also, this person is annoyed that food is being wasted, and the restaurant will now go out of business just because of the food that had to go to waste. The woman, if it is the woman, thinks to herself “What a Schmuck!”

Both partners stare at each other with a scornful look and smoke coming out of their ears.

I, personally, have suffered over the years from “Ordering the Wrong Food” Crankatsuris. To have this particular malady, you have to go out with a reasonably large group of people. Everyone at the table places an order for something different than the other. The food arrives and everything looks amazing.

Except for whatever I ordered.

The other people at the table will stare at my plate,and say “what is that?” I shrug and say I do not know. I thought I was getting something else, and I guessed I ordered the wrong thing.

I have gone to restaurants, and in a desperate attempt not to order the wrong thing, I even ask the waiter what he or she recommends.

The waiter then describes the Chef’s Specialty. I am assured that it is delicious and that I could not possibly go wrong. I proceed to order the Chef’s Special Dish. However, I am sure the Chef and the Waiter have this conversation in the kitchen.

Chef: Isn’t that the guy who orders the wrong thing all the time?

Waiter: Indeed, he is.

Chef: Ok. I will make sure to make it specially wrong, just for him.

So, as you can see, there are many forms or variants of “Kvetcher in the Rye” CrankaTsuris. In fact, it is one of the most common forms of CrankaTsuris so it must be effectively dealt with as well. Of course, one solution would be for all of us to go on a strict smoothie diet. However, that probably would not be very practical, and it would not be much fun either.

The second thing you can do is always remember that you are going out to share each other’s company. The company should always be primary, and not the food. This is an important rule unless you are eating by yourself.

The third thing you can do is always have the habit of sharing each other’s meal. This is particularly useful if one partner returns an order. If that happens, have the waiter to split the first order in two, and then, the couple could reorder the second dish together. That means that if you are returning that overcooked steak, but your partner does not eat steak, you will have to find a second dish you both enjoy. You then get to split the second entree.

The fourth and most important thing you can do is to keep your teeth in your mouth. Just remember. Once you start taking the teeth out, there is no cure for “Kvetcher in the Rye” CrankaTsuris.

Steven Joseph is an excellent attorney, a remarkable writer of award-winning non-fiction for children and adults. Besides being humorous, his blogs discuss the concept of survival, managing emotions, and embracing the flavours of life. Steven believes life is a lot more fun when you master how to be effectively cranky!
PrevPreviousConstructive Criticism CrankaTsuris
NextCrankaTsuris Marathon 2022 FundraiserNext 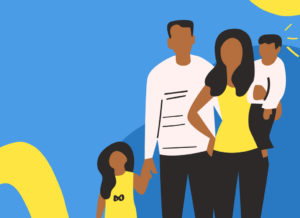 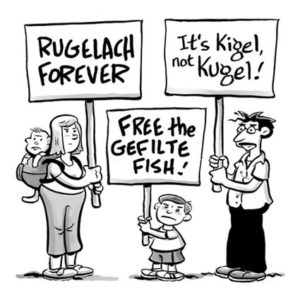 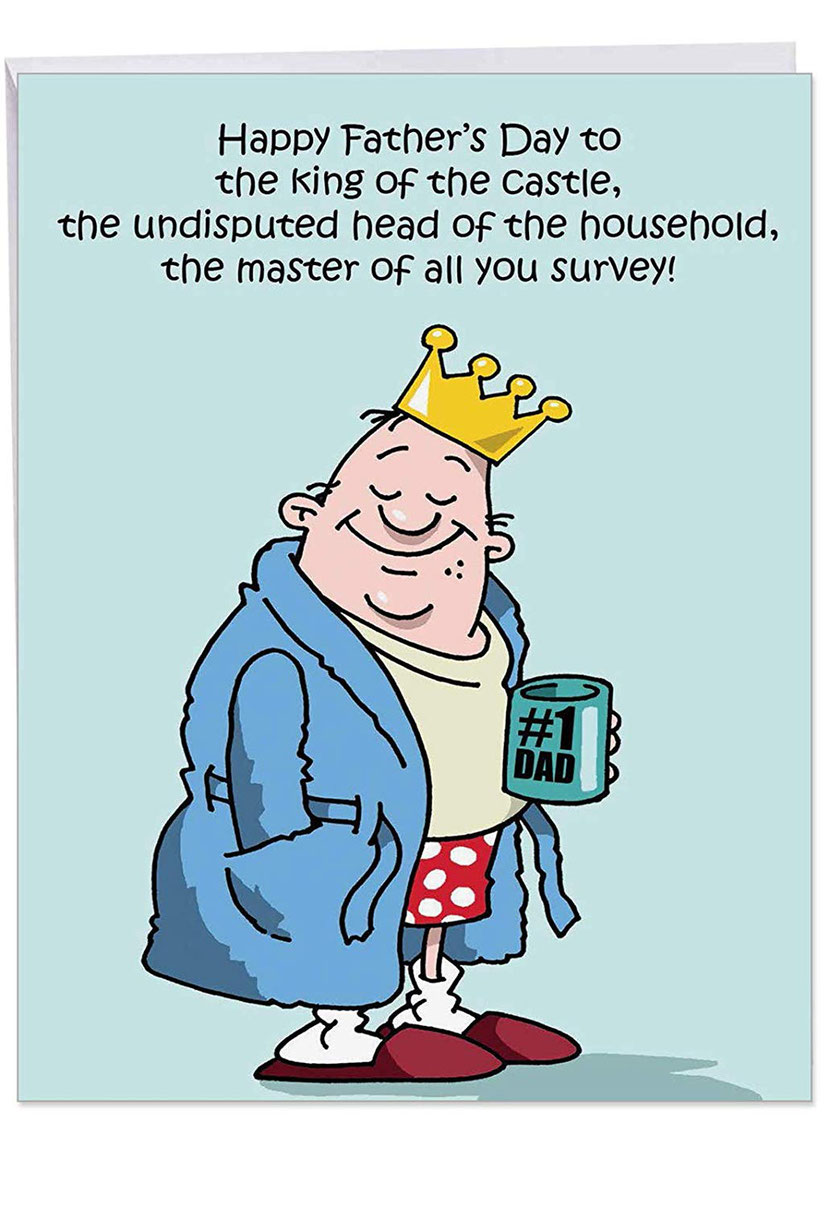