This is story that takes place in the future. How far in the future, you may ask. I do not have a clue. However, I do hope it is not far into the future. Maybe, this is a story that is just around the corner because, as you know, we all need a good story to tell.

The air was always clean, and the sky was always blue. Everyone was always happy. This was possible because of one man. His name was Hermie Snoodleman. You see, Mr. Snoodleman, as he was referred to, was the inventor of the SnoodleMobile. Everyone drove around in their own SnoodleMobile, or just plain Snoodle, as it was affectionately called.

What made the Snoodle so special was that it was able to run only on noodles. All you had to do is put some noodles in the Snoodle, and off you would go. The delicious smell of noodles would fill the air. Not only that. You can add some noodle sauce of your choice to the noodles into the Snoodle. When you arrive home from a long day at work, all you had to do was press the ejection button, and a fresh and delicious bowl of noodles and sauce would be ready to serve a family of four, just in time for dinner. Kids, in particular, loved the Macaroni Snoodle because it was able to make an amazing macaroni and cheese!

The SnoodleMobile was a big advance in technology that everyone appreciated. Before everyone drove around in their own Snoodle, they would get around in a KrautMobile. The KrautMobile ran on Sauerkraut.

Because this made everyone irritable and cranky all the time, the world’s greatest inventors tried to invent a car that did not run on sauerkraut. Everyone was unsuccessful until Hermie Snoodleman, or Mr. Snoodleman, as he was referred to, invented the SnoodleMobile.

With the success of the SnoodleMobile, Mr. Snoodleman was able to amass a great fortune. With this great fortune, not only did Mr. Snoodleman open up many noodle shops, he also opened up the Snoodle Kidoodle Noodle Art Museum, which was the first art museum that focused solely on Noodle Art. Of course, the most prominent piece of Noodle art work was a masterpiece created by the famous artist Noodle McDoodle. This work of art was titled “The Kidnoodle Lisa.”

Many people lined up for hours to see the Kidnoodle Lisa. Because of this, the Snoodle Kidoodle Noodle Art Museum quickly became the hottest ticket in town.

While everyone was in love with their Snoodle, and the Snoodle Kidoodle Noodle Art Museum, there was one person who was not happy at all. In fact, he was furious that people no longer wanted to drive around in a KrautMobile. This man, of course, was the inventor of the KrautMoblie. His name was Kraut DeCroodle. Because nobody liked the KrautMobile anymore and nobody missed the smell of Sauerkraut, everyone just referred to him as Stinky Mr. DeCrueldle.

The next day, Mr. Snoodleman discovered that his beloved piece of art, the Kidnoodle Lisa, had been covered with the Kimchi Sauerkraut. He was forced to close the museum because of the smell.

Mr. Snoodleman quickly took down the Kidoodle Lisa, and wrapped it with a special noodle wrapping, and brought it over to the world’s most prominent art restoration expert, Pierre Le’Toodle.

“You have barely scratched the surface!”

Noodle McDoodle also was very concerned about how his most famous work of art had been damaged, he too went to see Pierre Le’Toodle on a daily basis just to inspect the Kidnoodle Lisa. When he was given a look at the Kidnoodle Lisa, he only had one thing to say:

“You have barely scratched the surface!”

Pierre Le’Toodle worked day and night, carefully scratching the surface, attempting to restore the Kidnoodle Lisa. Apparently, this worked with restoring other great works of art. He scratched so hard that, after a few weeks, he did not even have nails left on his hands. He thought if he kept scratching the surface, the Sauerkraut stain and smell would go away. However, no matter how hard he worked scratching the surface, just before he went to bed at night, he would look at the painting and mutter to himself:

“I have barely scratched the surface!”

After he muttered about barely scratching the surface, he would always make sure to cover up the Kidnoodle Lisa with the special noodle wrapping. But, one night, he was so tired, he simply fell asleep in his chair and left the Kidnoodle Lisa uncovered.

So, that night, after Pierre Le’Toodle was fast asleep, Wiener Schnoodel gleefully approached the Kidnoodle Lisa, and started to fiercely lick the painting. He kept licking and licking until the Sauerkraut smell and stain disappeared.

The next day, Pierre Le’Toodle woke up to find that the Kidnoodle Lisa was fully restored to its original beauty. He quickly called Mr. Snoodleman, and Noodle McNoodle to come and see the Kidnoodle Lisa. They all celebrated with a big bowl of noodles.

A year later, Noodle McDoodle completed his next great work of art, and it was displayed along side the McNoodle Lisa. He named it “The Kidoodle Noodle Poodle.”

And of course, Schnoodle Poodle got all the other poodles in town to help with the “Art of Le’Toodle.”

Steven Joseph is an excellent attorney, a remarkable writer of award-winning non-fiction for children and adults. Besides being humorous, his blogs discuss the concept of survival, managing emotions, and embracing the flavours of life. Steven believes life is a lot more fun when you master how to be effectively cranky!
PrevPreviousCrankaTsuris Cooking Class
NextPassover Seder CrankaTsurisNext 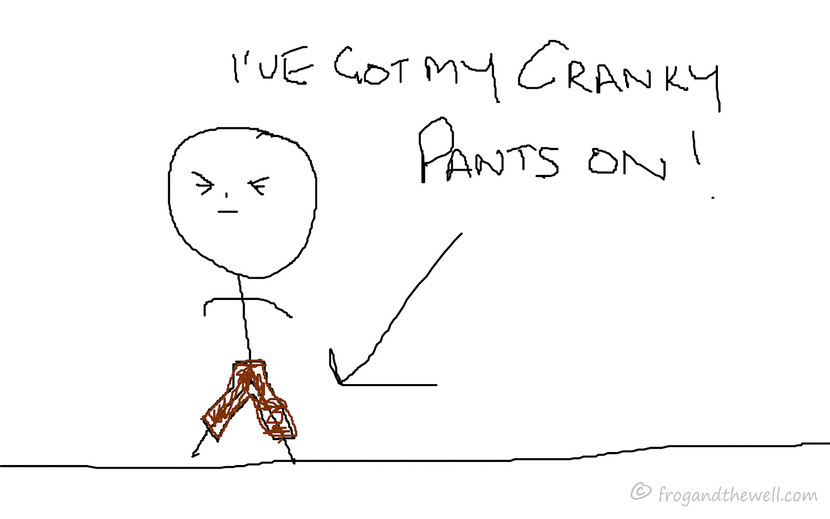 When the Family CrankaTsuris(™) Strikes 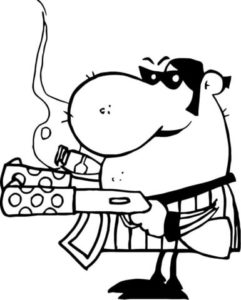