This is the interview I had with David D. of Black Chateau Enterprises at the LA Bookfest on May 9th.  I talked about CrankaTsuris, and my upcoming book “A Grownup Guide To Effective CrankaTsuris: The CrankaTsuris Method.”

Dave:  Why did you decide to write this book?

Steve: Two things happened at different times.  Back in the Summer of 2017, I was with my partner at an apartment we rented in Rome, Italy.  The power went out right when she was putting black color in her hair, which does not go well when it is very hot and dark, and you are dealing with jet lag.

So, while she was in this difficult moment, I finally blurted out that she was being a TyrantoCrankaTsuris, and this is how all the bigger dinosaurs died.  There was a tiny dinosaur cranking out her “tsurus”  (light t, and heavy s, and you got the pronunciation – yiddish for big problems”)  until all the big dinosaurs couldn’t take it anymore, and they all dropped dead.

That got a laugh out of her, but that was the day “CrankaTsuris” was created.  We then used this in our relationship whenever we feel we have a crankatsuris coming, and when we got to name it and give each other a warning, it became a fun thing between us as opposed to something that could cause fights.

The Last Surviving Dinosaur book came out of that experience, and after that book came out, one reviewer commented that the book did not deal with how to overcome our crankiness, and I reacted to that since my intent was never about overcoming, and get rid of it, but to acknowledge and use our crankiness in an effective way.  So, I saw this as a mission to write this grownup guide to effective crankiness.

Dave: What is a CrankaTsuris?

Steve:  Good question.  So, the word “cranky” describes a feeling, and “crankiness” may be a noun, but it also just describes this feeling of being cranky.  So, instead of having this invisible feeling inside us that we cannot really see, and is unpredictable, I want to create a “noun” word that gives crankiness a physical quality to it.

Think of a time you may have had few too many, or you ate something bad, and you are happening to be standing in your dearest friend’s living room, or even worst, her parents’ living room, and you think you may have to vomit.  I don’t like the word “vomit” but it is what it is.

What do you do?  You may excuse yourself or ask where the bathroom is because that is the place people generally try to go when they do that sort of thing.  And the person you are providing this information to would direct to the bathroom.  They would not be saying “no, I insist that you do it on my fancy rug!!”

A “CrankaTsuris” is not simply a slight whine that you are bored, or tired, or just feeling yucky.  It is when you are ready to to unload every little thing that has annoyed you from the moment you woke up to twelve hours later when your day just got lousier and lousier, and if you had your choice, you would happily chop someone’s head off.

So, mentally, how about we think of this as a “snowball,” we get to decide if we want to have a snowball fight, or if there is a better way, or even an organized way around this CrankaTsuris, or in other words, effective crankiness.

Dave: How does someone embrace their inner CrankaTsuris?

Steve: Well, first, we keep thinking of crankiness as a bad thing, and the reason we think it is bad is because we hurt people with it, and get hurt by others with it.  The reason it is thought of as bad is because that is exactly what happens.  But, if it hurts, that means it is “ineffective crankiness.”  We all get cranky.  We all get to keep our crankiness.  And since we have it, we may as well embrace it, and not only our own crankiness, but respecting and embracing each other’s as well.  CrankaTsuris gives the crankiness a physical aspect like the snowball, and we slow down and how to be more effective with it.

It is no different if your three year old complains of a tummy ache, and you give the three year old some medicine and a hug. That tummy ache is a CrankaTsuris, and it is being “embraced” in an effective way.

Dave: How can this book help people through these difficult times?

Steve: We hear about the Corona Virus as the “invisible enemy”, and crankiness forever has stricken us as this invisible enemy striking loved ones without warning and causing hurt and pain.  And, not many people are stuck at home together, and we are just getting crankier.

So, I hope this book gives people hope.  Just because you are cranky, and someone else you love is cranky, and it causes this hurtful cycle, it becomes a hopeless situation.  And, I am approaching it from a place where I say do not try to get rid of that crankiness.  Rather embrace it.  Embrace each other’s crankiness.  Make it fun.  Make it softer. Make it a game.

But, it goes beyond that.  I even have a chapter in the book called CrankaTsuris Diet.  Originally, the chapter was called “The Pickled Herring Diet and Other Conversations on Getting to Normal.”  It tells the story of how I lost 85 pounds in six months.  Why diets fail is because it is only a temporary departure from bad normals that forced you to diet in the first place.  It is time to look at the bad “normals,” and make it turn them to good normals is a life changer.  We have lifetime normals and some normals we have picked up on the road of life.  And hen new normals that we can still introduce ourselves to.

And how many books that talk about losing weight even have a chapter on delicious calorie bomb foods, my chapter on CrankaTsuris Comfort Food.  It is about the best potato latkes or pancakes, and a CrankaTsuris always feels a bit softer with the smell of a latka!!

Ultimately, with this virus, it seems like many doors are closing.  This book talks about opening many good doors.

Dave:  What do you hope readers walk away feeling after reading this book?

Steve:  We are living in a period that is really tough, and everything feels like there is this big weight on our shoulders.  I want people to feel much much lighter, and even a bit optimistic after reading this book.

Dave:  We have a bit of time left.  Can you share a personal story about your own effective crankiness?

Steve:  So, I, like everyone else, am spending a lot of time at home, and my partner asks me on a regular basis for me to research to find a movie to watch.  And, I will research and come up with four or five movies, and of course, none of them are ever good, so we end up watching the movie that she finds.  She will deny this of course, and yes, there have been a couple of movies she agreed to. But, the bottom line is that my batting average is under 200, and I strike out 8 out of 10 times at the plate.  I get frustrated, and sometimes angry, and of course, very cranky.

Now, I can lash out, or complain, and she can do a counter-lash attack, and we both get angry and frustrated.

So, instead, I just say that I have this CrankaTsuris, and I want to tell you what the CrankaTsuris is.  It sounds not much different from saying I have that tummy ache.  Now, my partner knows to put on compassionate and non-judgmental ears.  I already know she will do that, and just that knowledge makes my CrankaTsuris feel a lot less schmutsy.

And, I even got to pick the movie!!

Dave:  I think you just helped me there.  I have that same thing come up!!  Thanks.

Steve:  Thanks for having me!

Steven Joseph is an excellent attorney, a remarkable writer of award-winning non-fiction for children and adults. Besides being humorous, his blogs discuss the concept of survival, managing emotions, and embracing the flavours of life. Steven believes life is a lot more fun when you master how to be effectively cranky!
PrevPreviousTime to Crack the CrankaTsuris Riddles
NextDriver’s Ed CrankaTsurisNext When I was a teenager, I went to my first rock concert. It was back in 1975 at Madison Square Garden, and it wasn’t just 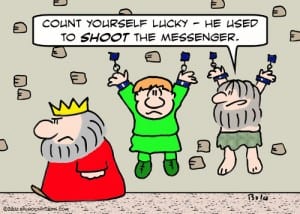