The instruction manuals advised the parents that when a child misbehaves or gets a bit out of control, perhaps with a CrankaTsuris, it is important to put the child in a time-out. The time-out place is typically the child’s room.  So, in other words, the time-out turned out to be a fancy term for parents to use when they say to the child, “Go up to your room!”.

This concept of a “time-out” was rather foreign to me. I do recall that there was one time when I misbehaved, and I was sent to sit on my knees in a corner, staring at a wall with my hand clasped behind me, as if they were tied with an invisible rope. I had to sit there quietly for half an hour.

There was also some requirement, I recall, to have to be in some state of terror when you are placed into the corner.  This is in order that it can feel like you had been kidnapped or taken hostage and that if you made any improper move, your short life make come to a horrible ending. In fact, when this occurred, I actually had the thought race through my head that the two people in the other room were not actually my parents. Rather, they were just pretending to be my parents until the time when my real parents paid the ransom.

But, the real reason that the concept of a “time-out” was so foreign was because I did not really grow up with many time outs. I had to endure something much worse. I had to go through about eighteen years of a “time-in.” If you are trying to teach discipline to your child, a “time-in” gets the message across way better than any time-out could.

My father had a rule for sitting at the table during meal times.  Nobody was allowed to leave the table until my father was finished eating. If we were done, we had to sit quietly, and with no elbows on the table, while my father would eat and the television blasting in the background.

Once my father was had finished eating, my father would order us. “Come sit with the family”. My father went from the dining room to the living room, and the television was now turned on there a full blast. My father was laying on the recliner chair, and my mother was on the couch. I would have to sit on the carpet near the television.

Sunday mornings were particularly tough for an eight-year-old kid. My father would watch exciting shows like “Meet the Press,” “Face the Nation,” and the “McLaughlin Report” all at the same time. Depending on the guest of each show, I had to get up and switch from channel to channel to channel. I was introduced to remote control aerobics at an early age.

I went years fantasizing that one day, I would grow up and invent a remote control so that kids like me would not be put into forced remote control labor.  To my disappointment, some other kid that came before me had the exact same fantasy because, by the 1980s, somebody actually invented the remote control, and it was available with every television.

Unfortunately, at the same time that the remote control became available in every household, cable tv also came on to the scene. Instead of going between six different channels, there were now over a hundred. My father, who apparently was the first person to come down with Attention Deficit Disorder, was given full control of the remote.

I was out of a job, but I had to lay on the floor in front of the television, and my father, with remote in hand, had it down to a science.  At the very minute that I started getting into the story of a particular show, my father changed the channel. Also, in the old days, you would change the channel from channel 4 to channel 7, and that was it. Now, changing the channel was to go from channel 1 to 2 to 3 to 4,897. Ok. We did not have 4,897 channels but it felt that way.

The one thing that actually saved me from this channel change torture was that my father always seemed to fall asleep by the time he got to channel 3000. Channel 3000 never had anything good on, and it was always in some language that I did not understand. But with the remote still tightly in my father’s grip, I never took the chance of trying to pull it out of his hand. I preferred watching a Spanish soap opera that I did not know what anybody was saying than sitting through a remote control channel changing torture.

My mother had a completely different method to the “time-in.”  Actually, my mother invented the original “time-out” which was her own “time-in.”  I look back at this with much affectionate feelings of nostalgia.

My mother never asked me to do anything for her.  Not a single favor. At least, not in the normal way a person might ask another person to do a favor.  There was no “do this” or “do that”. Instead, she would make requests with the beginning of the ask to be “Steveee, do you feel like…”

“Steveee, do you feel like going to the butcher with me?”

“Steveee, do you feel like going to the bank with me?”

“Steveee, do you feel like going to the beauty parlor with me?”

These requests were not made with the notion of curiosity of how I actually did feel about going on a trip to the beauty parlor. The only answer that was allowed would be:

“Yes!!  That is exactly what I feel like doing!  By the way, my friends had asked me if I was interested in going to the beach since it is the fifteenth day straight of this heatwave that we are all suffering through. Of course, who would feel like going to the beach with friends, and taking a dip into the ocean when you have the opportunity to go to the beauty parlor!  Thank you!  I will be ready to go in a minute.”

Now, I said “Going to”. I did not say “Take me”. I was still young and did not have a car. My mother did not drive, and the beauty parlor was not around the corner. We would have to wait for the 17 bus (that did not have air conditioning, by the way) to go from Co-op City in the Bronx to Allerton Avenue in the Pelham Parkway neighborhood, nearby. That took an hour. Then, my mother had to wait till a hairdresser was available. Another half an hour. Finally, they would call her, and do the wash, cut, and curl. The curl was to put my mother’s hair in curlers. An hour and a half. Once that was done, my mother was seated next to all the other ladies in curlers, and they would sit with the space hat dryer things over their heads. That took an hour and seemed like another three hours. I just sat and sat and sat. Finally, when my mother was done, we went out and had to wait for the 17 bus again, without air conditioning, to come to go back home.

Once we got on the bus six hours later, my mother would calmly ask me:

“Stevee, do you feel like going to the butcher with me?”

Because I grew up suffering through time-ins, time-outs seemed rather weird to me. You mean to tell me that if I want to go up to my room, all I have to do is a bit of misbehaving? Really? That is so cool. I will make sure that I will misbehave at least three or four times a day!  This is an excellent deal. I will make sure to give a nice present around holiday time to whoever the negotiator was that you hired to come up with this great deal for me!

I want to use the example of two brothers, Jimmy and Timmy. Jimmy takes Timmy’s toy. Timmy starts to cry. The boys start to fight. Jimmy, the culprit, is sent to his room. Timmy, who got upset, is also sent to a quiet place to calm down as well.

When Jimmy and Timmy returns, and everybody is a bit calm, we explain the rules.  It is okay to be cranky and it is okay to want something. But, when you take something that is not yours, someone else gets cranky (has a CrankaTsuris) and because it happens to be his toy, he may actually want the toy as well.

Now, I am a big fan of Dr. Seuss. There are the cute rhymes, and it is filled with silliness.  Using the CrankaTsuris, but in a fun way, we can now create our own Dr. Seuss story.

There is one character who takes another character’s toy and does a CrankaTsuris.

The response then can be:

The original CrankaTsuris that caused Jimmy and Timmy to go up to their rooms typically has created one or both of the parental authorities to heave a headache, perhaps one that is on top of a headache they already had. I give the term headache a new name.  I call it “heggetz.” They are giving me a bad heggetz! Oy!!

“You are giving me a heggetz. My head is full of meggetz. They are crawling with their leggetz. I am feeling both schweggetz and schlegetz. The heggetz is even causing some pleggetz. It is not because I ate too many eggetz, but I will need to see some meddeccs!”

There are endless variations to this. In my book, The Last Surviving Dinosaur, there were three dinosaurs who made fun of the small TyrantoCrankaTsuris until the TyrantoCrankaTsuris let out the biggest most ferocious CrankaTsuris the world had ever heard. We are teaching “cause and effect” but in a fun way, and replaces badness with a bit of understanding and a whole lot of empathy.

Of course, if this does not work, you can always try out the “time-in”.  Good luck!

“So we learned to express our inner TyrantoCrankaTsuris or TyrantoKvetchaTsuris too often. Just the right amount to keep the planet happy and not too cranky.”

From “The Last Surviving Dinosaur: The TyrantoCrankaTsuris”.

Steven Joseph is an excellent attorney, a remarkable writer of award-winning non-fiction for children and adults. Besides being humorous, his blogs discuss the concept of survival, managing emotions, and embracing the flavours of life. Steven believes life is a lot more fun when you master how to be effectively cranky!
PrevPreviousMobster CrankaTsuris
NextCrankaTsuris DaydreamsNext 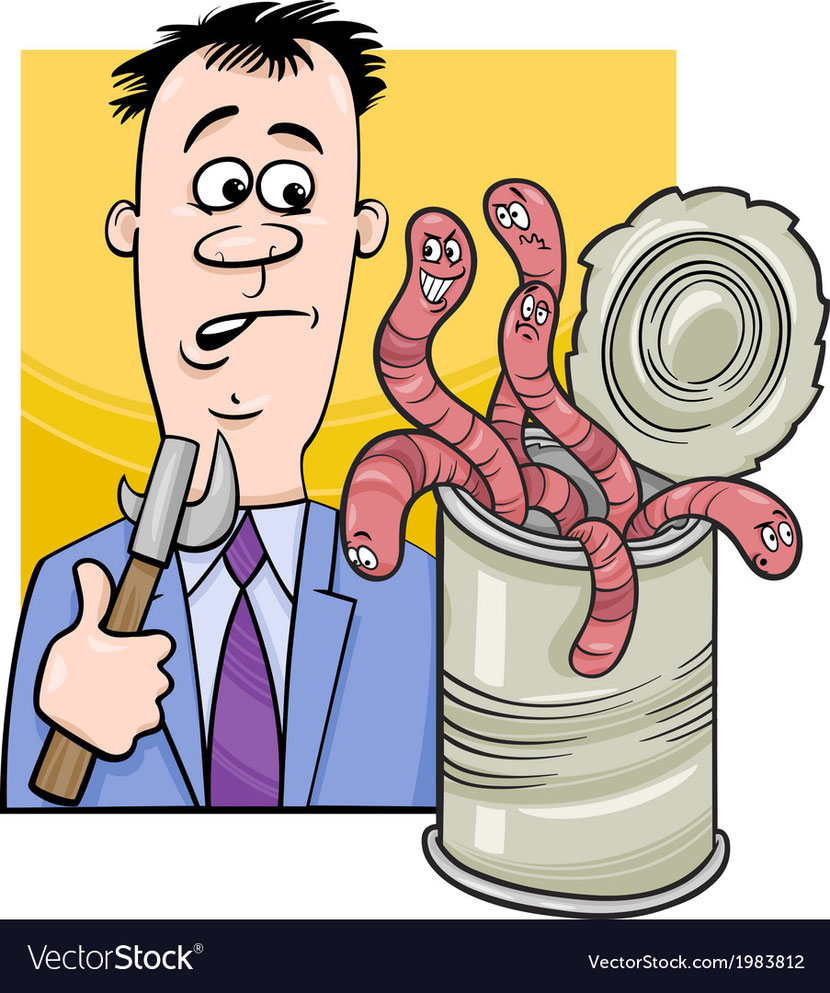